scrapbooking under the tuscan sun 2015

Due to family illness, the Colour Outside the Lines
Art Fest, Melbourne, 2015
will be postponed until further notice.

Need to simplify and de stress our lives
at the moment.

Hope to be back at some stage.
Thanks.﻿

So far, these are the wonderfully talented ladies teaching at
Colour Outside the Lines Art Fest 2015!

I've had some people ask me some questions about the
Colour Outside the Lines Art Fest 2015.

Q. Why are you organising it soooo far ahead?
(November 2015)
A. It's absolutely necessary to book a venue to hold the event
so far ahead, as venues get booked out early.
You need to book a venue that has the right size rooms for classes,
catering facilities, and close to accommodation if necessary.

Q. Why hold such an event, with all the work/preparation
it will take?
A. I felt that Melbourne was lacking such an event.
I know that some stores/businesses hold their own
weekend retreats, but I thought that we could do with
one more larger event somewhere in a central place.

With a lot of stores closing, people can still buy product on line,
but don't have as many choices where they can go and learn how
to use the bought products, learn new techniques, meet up with
other scrap bookers, and most importantly, socialise together.

I decided on holding the event in late November as most
of the paper craft shows/expos in Australia
will have come to an end for the year.
This would then be the last chance for some crafting
and scrapbooking/art fun for the year.

I feel it is important to maintain the creative spark in this industry alive.
Both for the scrap bookers and artists,
but also for the businesses which rely on those customers.

One cannot do without the other...

**tell me your thoughts** 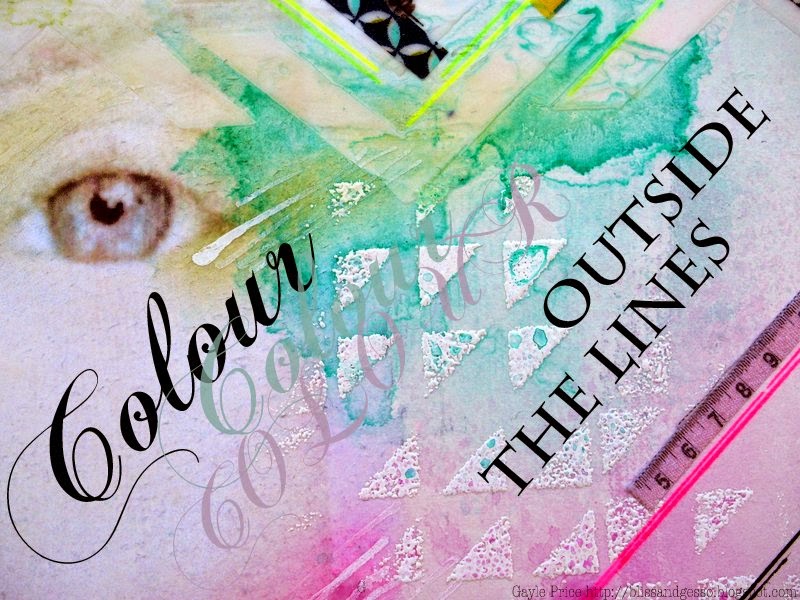 So, the big plans I've been working on?
This is the information that is available at the moment.

Colour Outside the Lines Scrap/Art Retreat...

A two day scrap/art retreat in Melbourne, 21-22 November 2015!
City based hotel, 8 classes over the two days.
Classes to be held in scrapbooking, mixed media etc.
Teachers to be confirmed.

Everyone attending will be doing all 8 classes, so no one misses out.
There will be lots of prizes, give aways, and surprises.

I am especially excited about the mini market that will be held after classes
on the Saturday, at the same hotel!

So, not only do you get to spend a whole weekend doing what you love to do,
meet with friends and make new ones, you also have makers of fine wares at your
disposal to get an early start on your Christmas shopping.

With bubbly!
What could be better I ask!

You will probably have lots of questions about registration, costs etc, I will be updating all information as soon as it is available.

ps the logo that I have for this event was cleverly designed for me by Gayle Price.
Thanks lady!
Posted by Lucy at 22:36 1 comments

**Uffizi Gallery**
So often buildings photographed at night become even more magical,
and the Uffizi is no exception.
Home to some of the world's most beautiful and impressive art works,
the building itself is also quite breathtaking in appearance.
It was commissioned by Cosimo I de' Medici in 1560 to house his magistrates' offices,
with the architect Giorgio Vasari (1511-1574) in charge of the design.
The plan of the building is horseshoe-shaped in layout,
with one long wing to the east, a short bottom portion that borders
the river Arno and a wing to the west.
Over the years, further parts of the palace evolved into a display place for many of the paintings and sculpture collected by the House of Medici or commissioned by them. According to Vasari, who was the architect of the Uffizi, artists such as Leonardo da Vinci and Michelangelo gathered at the Uffizi "for beauty,
for work and for recreation".
The Uffizi was the world's first public art museum in 1591.
Many art museums start with a small, sometimes outstanding, collection of privately collected works. Here, as with everything they did, the Medici - rulers of Florence off and on for generations - packed them in by the cartload.
Works are presented in chronological order, giving viewers the opportunity to see the whole unfolding of Renaissance art in the manner it developed. That display constitutes not just an education but an experience of a lifetime.

Among the works here are the famed Venus by Botticelli.
The Ognissanti Madonna by the late Gothic master, Giotto, is on display. It is kept company by The Madonna and Child with Two Angles, by Lippi, along with hundreds more equally great works.
Outstanding as that portion of the collection undoubtedly is, there is much more to the Uffizi than Italian Renaissance works of the masters.
Rembrandt's Self-Portrait as an Old Man is one example. The Adoration of the Magi by the great German master, Albrecht Dürer is yet another. El Greco, Goya and Velasquez are all well represented.
The Uffizi remains one of Florence's most popular attractions.
In a city full of outstanding art, both indoor and out, that is quite an achievement.
On the 21st of August, 1911 Leonardo Da Vinci's painting, Mona Lisa, vanished from off the wall of the Louvre in France. On the 29th of November 1913, a Leonard Vincenzo (aka Vincenzo Peruggia) contacted wealthy arts dealer Alfredo Geri to see if he was interested in purchasing the painting. Armed with the director of Forence's Ufflizi Gallery, Geri agreed to meet this crackpot, only to discover he actually did have the painting. Whilst the investigation, arrest and paperwork was being sorted, the Mona Lisa was temporary hung at the Uffizi Gallery. Vincenzo claimed he stole the Mono Lisa because he wanted it returned to its rightful place in Florence.
In 1966 flood waters from the Arno River began rising at an alarming rate. Within hours, the city of Florence was virtually underwater and contents of The Ufizzi Gallery was under threat of being destroyed. When word spread of this potential disaster, locals, tourists and even foreigners rushed to the city in a bid to rescue the invaluable pieces of artwork. Known as the "mud Angels", these volunteers were responsible for saving Florence's art. 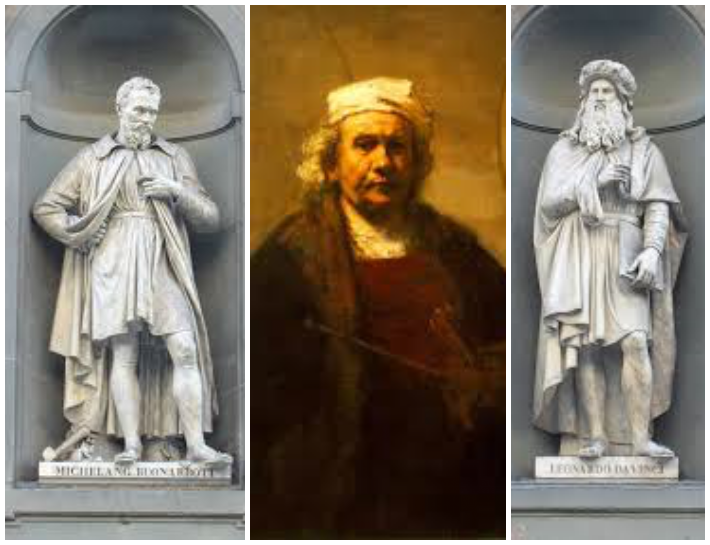 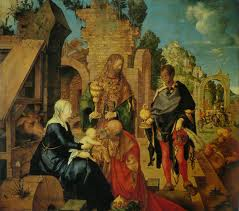 **The Duomo**
Possibly even more beautiful when seen floodlit at night, this
is one of Florence's most distinctive and iconic buildings.
It rises above the city, omnipotent and symbolic of Florence's
commercial, political and artistic power.

The cathedral took approximately one hundred and forty years to build.
Construction initially started on September 8, 1296, and the
cathedral was not consecrated until March 25, 1436.

The cathedral's cupola, which was built by Filippo Brunelleschi
(1377-1446) and finished in 1463, is one of the world's largest
brick-built domes; incredibly it was constructed
without the use of scaffolding.

The campanile is some 6 mtrs shorter than the dome, though equally
impressive, while the octagonal baptistry is thought to date back
to the fourth century in part, and is home to
Lorenzo Ghiberti's (1378-1455) magnificent bronze doors.

One of the reasons that Il Duomo is considered one of the top things to do in Florence Italy is the size. This cathedral is considered the third largest church in the entire world based on nave size. The nave is just slightly less than one hundred and fifty meters in size, and is smaller only than the ones in St. Paul’s and St. Peter’s cathedrals.

The interior of Il Duomo Florence has a unique clock prominently displayed on the back wall. This clock was designed by Paolo Uccello, and is a twenty four hour model. Paintings on the clock face represent four saints, all of whom were men. This is an operational clock which accurately tells time, and the hands run backwards instead of in a clockwise direction.
The dome itself is amazing. At nearly 142 feet, the dome is larger than the domes of the Capitol Building in Washington, D.C., St. Pauls in London,
the Pantheon in Rome, and even St. Peters in Vatican City.
The dome remained the largest dome in the world until modern materials permitted the construction of stadium-sized domes such as the Metrodome in Minneapolis.


is one of the largest of its kind in the world.
The initial plans were designed in 1296 by Arnolfo di Cambio (1240-1300/10), although the architect died before the building was complete.

The project was taken over by Giotto di Bondone (1267-1337) in 1334
who designed the campanile with its distinctive bands of marble
in pink, green and white, a staple of Italian cathedrals.

The building itself occupies approximately three city blocks and can be
seen from nearly everyone inside Florence, and even as far
away as some of the neighboring cities.

Following Ghiotto's death a series of architects worked on the building
and by 1418 it was almost complete with the exception of the cupola.
The facade of the cathedral as it appears today was not desighned
until 1871, and was completed in 1887 to reflect the patterned
marble exterior of the campanile and the baptistry.
The inside of the Duomo contains intricately decorated marble floors, but the rest of the inside is fairly simple for an Italian church, this is perhaps because the fresco adorning the dome is one of the best in Italy.
The fresco, designed by Giorgio Vasari and Federico Zucchari is called "The Last Judgement."
One side of the dome is painted with images of heaven and the other with images of hell culminated in a very nasty looking devil.

Today, tourists can climb to the top of the dome, and follow in the steps of its builders and architect.
After climbing up to the dome itself, visitors can walk the interior of the cupola and get a very close look at the "Last Judgement" fresco, after that it is a clumb through the shell of the dome where one can still see the techniques that Bruneslleshi invented to create the dome.
The view from the top is amazing.

If Brunelleschi were to visit his dome today, he'd see that not much has changed in the half millennia his creation has stood. The dome has survived through hurricane-strength winds, and several earthquakes. In the early 1900s several of the oak supports inside had to be replaced. 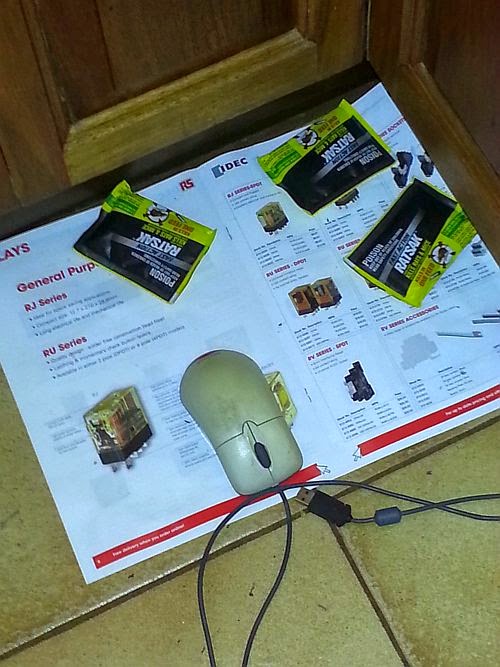 I think we have mice in the house.
Put stuff out for them.
This is what I found this morning.
A "mouse"!
Smart arses also run rampant in my house apparently!
Posted by Lucy at 11:09 0 comments 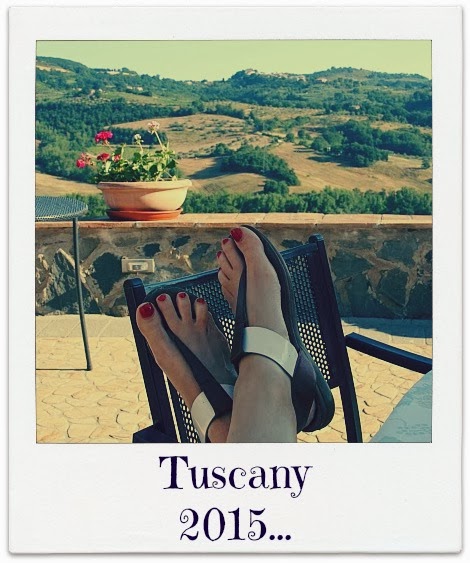 You show me yours... 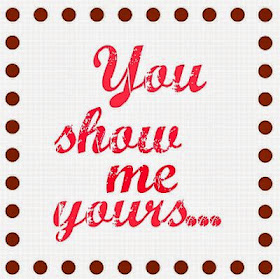 Lucy
Melbourne, Australia
I believe that life holds unexpected twists and turns. I have learnt that when you know better, you do better. I am up for new and exciting experiences, and am still surprised at the good things life has around the corner for me. I want to be surrounded by people and things that speak to my soul. Took me a while, but I have arrived. World, watch out...

I'm featured here, and am one happy gal... 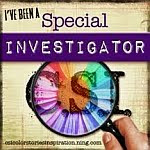 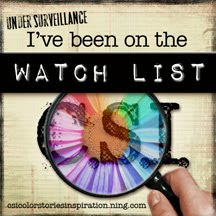 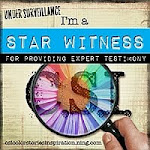